I had some cute kids! 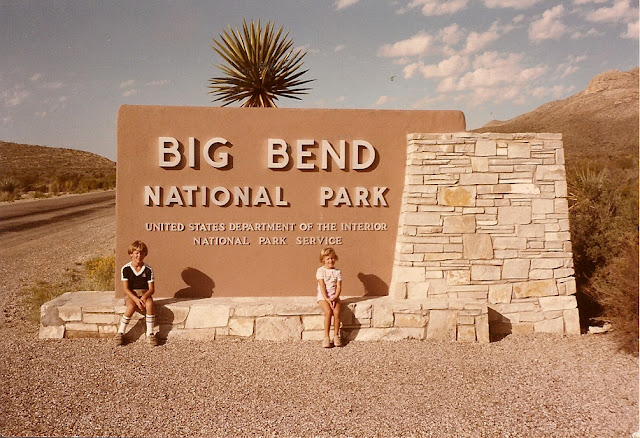 Look Who We Got to See This Weekend!!

She's getting that lil' baby rolly-polly look!!  Growing like crazy and smiling ALL THE TIME!
(PS: Her grandpa seems kinda crazy for her....look at that grin!) 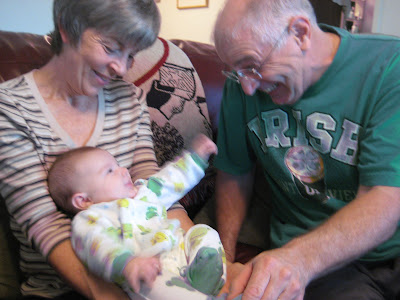 and KT didn't seem interested at all.  She found Michael and that's all she cared about!
KT loves the guys! 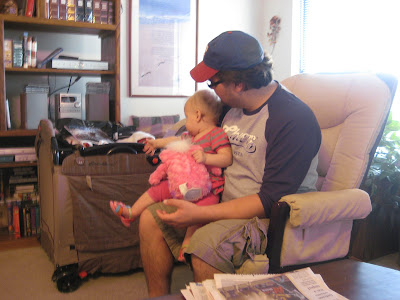 Posted by pittypatpages.blogspot.com at 2:31 PM No comments:

Well darn - I think I knew it was coming but was avoiding thinking about it.  I stayed the same this week on Weight Watchers - still just 20 pounds.   Well, I just need to be more careful, and I ate out several times last week, so I know why.  Better things next week, maybe?
Posted by pittypatpages.blogspot.com at 1:08 PM 1 comment:

KT got a fairy chair!

If this isn't the cutest kid!! 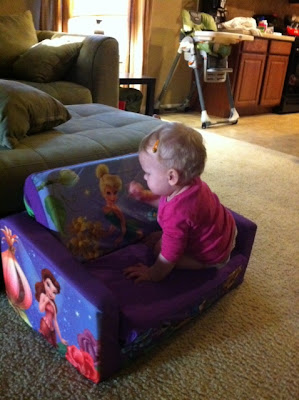 ﻿
Posted by pittypatpages.blogspot.com at 11:16 AM No comments: I guess its time to give the zombies a little break, so I've started Relic, and older book (2003) by Douglas Preston and Lincoln Child.

I remember seeing this movie way back when and really liked it.  What's not to like -- museums of natural history, jungles, savage murders, dark and damp tunnels, crates of mysterious artifacts -- all make for a yummy read!  There's so much more back-story here then what they put in the movie, too!  I'm really enjoying it and I'll let you know how it goes....I'll bet there's a Kothoga involved!!
Posted by pittypatpages.blogspot.com at 11:06 AM No comments:

What a cute picture of Andi!
She didn't turn into a cowgirl, though. 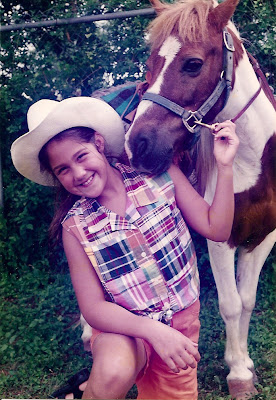 One of my favorite pictures...

Have I posted this one before? I just ran across it again. This is Dad at Lost Maples, I believe. He looked so full of life here. He loved going out there. I miss him. 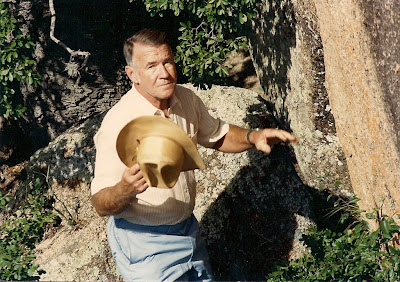 I'm finished with Alas, Babylon.
It was quite a story -- as I said earlier, a "what if" written in 1959 during the cold war period when the United States was worried about nuclear war from Russia.
I have to say, this book started some good conversations at our home.  Are you old enough to remember the drills in school about what to do in case of an attack?  Duck and Cover!  We used to have to go out into the hallway and sit along the wall with our heads down by our knees.  I have some distinct memories of doing that back in my elementary days.

John and I had a few talks about what the days after a nuclear attack might be like.  At first he said that if a strike happened in San Antonio, we wouldn't have to worry about it because we'd be gone...we're not far enough from the blast radius to survive it.

But further discussions brought up what survival would be like if the strike was further away -- without the amenities that we're so used to once they stopped -- communication, television, radio, electricity, gasoline, HEB!!!! Yikes - I can't go on without my HEB.

The few inhabitants in this book were lucky to live in a small community in Florida, with a sulphur spring on the property that they used for their citrus groves, access to a river and far enough away from the nearest military base that they were able to survive with only minor issues of fall out.  The small town doctor survived, which was a miracle.  Imagine getting sick without access to health care at all, even a pharmacy.

The author died in 1964.  I believe this was his best and most well-know work, from what I have read about him.  Anyway, it was very enjoyable to find out how these folks survived day-to-day. I highly recommend it!

What to read next?  Any ideas?
Posted by pittypatpages.blogspot.com at 1:58 PM No comments: 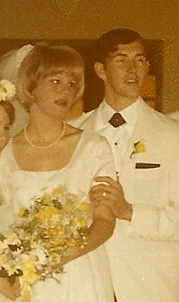 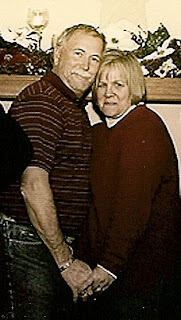 Happy Valentine's Day to the one I love!!
We haven't changed much, have we?
Posted by pittypatpages.blogspot.com at 12:03 PM 2 comments: 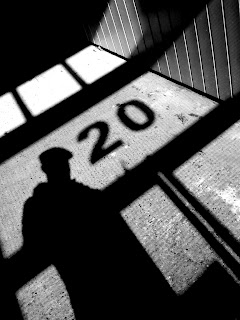 I made it, even though it's one pound a week, it's still going DOWN!!

I made my first goal of 20 pounds this week, and I'm so proud of myself.  Next 20 coming in the next month or two - and now that the weather is getting warmer, maybe I'll be able to get outside some and move around, maybe do some of that nasty stuff called exercise.

I have to say, I'm feeling so much better already - I can breath, and I'm not huffing and puffing up and down the stairs.  It's great!
Posted by pittypatpages.blogspot.com at 8:59 AM 1 comment:

Okay, Mary, you're going to have to tell us what this was all about.... 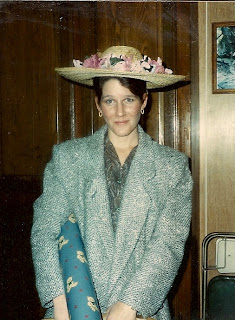 Somehow, I never took you as the big flowered hat type of gal!
Posted by pittypatpages.blogspot.com at 1:36 PM 3 comments:

I recognize some of these things about myself!  Uh, oh!!

H/T: Obi's Sister
Posted by pittypatpages.blogspot.com at 1:29 PM No comments:

I'm well into an older novel by Pat Frank, called Alas, Babylon.  It has been fascinating, first because the reader is Will Patton, who's voice just has that rich, southern slowness to it that helps shape the story.  But the tale itself could be relevent today as well as when it was written, in the 1950s. 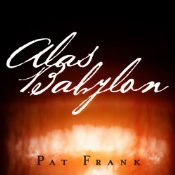 The story takes place in a small southern Florida town, just far enough away from a military base to make it safe from the nuclear blasts, but not big enough or aware enough to keep it from missing all of the hundreds of things that we've become accustomed to having and can be wiped out over-night.

As I listen, I'm wondering if much has changed in the 60 or so years since this story was dreamed up.  Is the US prepared for an atomic blast in many of their large cities?  Are citizens self-reliant enough to bear up to being without computers, television, radio, electricity and even water?  Have we taught our children the basics of living a life without these luxuries?  Can you start a fire?  Can you rough it in a home without electricity or heat - for an extended time?  Where will you get your water if the well doesn't pump?  Would paper money have any worth?  What if the bank closed down.

It is a bit of a study in times-gone-by, though.  The language is rough (remember, this is the deep south in the 50s, so skin-color was a big thing) and the reliance on a "tele-type" for communication, and "Western Union offices" for telegrams was amusing.  Things have certainly changed.

I'm looking forward to the rest of the book.  I'll let you know how it goes!
(Honestly, why hasn't this been made into a movie?  These characters are so vivid, I can't believe they didn't do that. I wonder if it was because the Russians are the bad guys in this novel, and maybe we were trying to make "nice" with them.  Who knows...)


From the book publisher:
This true modern masterpiece is built around the two fateful words that make up the title and herald the end - “Alas, Babylon.” When a nuclear holocaust ravages the United States, a thousand years of civilization are stripped away overnight, and tens of millions of people are killed instantly.
But for one small town in Florida, miraculously spared, the struggle is just beginning, as men and women of all backgrounds join together to confront the darkness. Will Patton's narration paints this classic tale as an ominous picture of the terrible possibilites of the nuclear age.
Posted by pittypatpages.blogspot.com at 1:28 PM No comments:

Okay, I've officially been totally creeped out.  The Stephen King novel, Full Dark, No Stars, was a collection of some of the most creepy stories I've ever heard.

They ranged from 1922, the one I mentioned earlier, to Big Driver (revenge), to Fair Extension (greed), and finally the best tale of them all, A Good Marriage, which had me at the edge of my seat.  Imagine your marriage is over 25 years old, you think you know each other in all ways.  Your kids are grown and gone from home, you're comfortable. You're home alone, your husband is out of town on work, and you need a battery for your TV remote. You accidentally kick over a stack of magazines in the garage. And your life will never be the same.


This story was mesmerizing...how well do any of us really know the people in our lives?  And how far will you go to protect the ones you love?  I was seriously creeped out!


That being said, the afterward written by King made me oh, so mad.  I can't talk about it here, because I'm sworn to stay non-political on this site, but if you want to know why, check out my political blog!
Posted by pittypatpages.blogspot.com at 10:02 PM No comments: 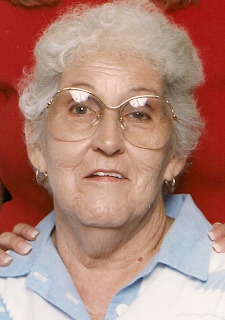 John's mother's birthday is today.  She's spending it at a rehabilitation facility in Vero since she fell recently and broke her hip - she had surgery and is mending.

I know that's not the best way to spend your birthday, but we love you, Mom, and


Happy Birthday!!
Posted by pittypatpages.blogspot.com at 4:30 PM No comments: